Temporomandibular joint is the jaw joint and is frequently referred to as TMJ. There are two TMJs, one on either side, working in unison. The name is derived from the two bones which form the joint: the upper temporal bone which is part of the cranium (skull), and the lower jaw bone called the mandible. The unique feature of the TMJs is the articular disk. The disk is composed of fibrocartilagenous tissue (like the firm but flexible cartilage of the ear) which is positioned between the two bones that form the joint. The TMJs are one of the only synovial joints in the human body with an articular disk, another being the sternoclavicular joint. The disk divides each joint into two. The lower joint compartment formed by the mandible and the articular disk is involved in rotational movement (opening and closing movements). The upper joint compartment formed by the articular disk and the temporal bone is involved in translational movements (sliding the lower jaw forward or side to side). The part of the mandible which mates to the under-surface of the disk is the condyle and the part of the temporal bone which mates to the upper surface of the disk is the glenoid (or mandibular) fossa.

Pain or dysfunction of the temporomandibular joint is commonly referred to as "TMJ", when in fact, TMJ is really the name of the joint, and Temporomandibular joint disorder (or dysfunction) is abbreviated TMD. This term is used to refer to a group of problems involving the TMJs and the muscles, tendons, ligaments, blood vessels, and other tissues associated with them. Some practitioners might include the neck, the back and even the whole body in describing problems with the TMJs.

Call Sana Dentistry at (905) 607-3330 to book your appointment. We are conveniently located at 3100 Winston Churchill Blvd, Suite 8 in Mississauga, ON. 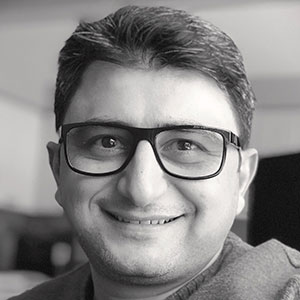 Dr. Kutaiba Alzohaili is very passionate about dentistry. This profession allows him to employ his excellent technical skills to help improve peoples’ lives through better health, stronger self-esteem, and wellness.